I know what you’re thinking, but you’re wrong.

Long walks on the beach are not that amazing to be listed as the ideal date in every guy’s Tinder bio.

Football is more of America’s sport than baseball is.

AM and PM is dumb. Everyone should use 24-hour military time.

People that read are more intelligent.

Sweating and working out is enjoyable.

It’s okay to fart in front of your significant other lol.

Brunch is not bad, but it is dramatically overrated. 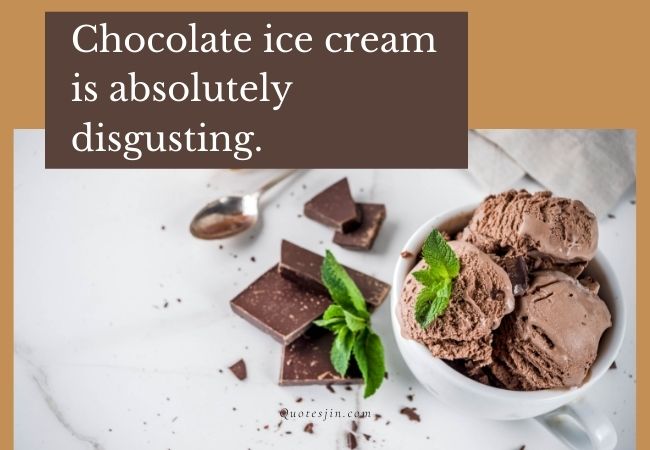 Fries with mayo are superior to fries with ketchup.

The show Friends is painfully unfunny and is the most overrated thing ever.

I have never understood the hype behind coffee.

Vegetables are better than dessert.

Beer out of a can tastes weird.

Androids are better than Apple iPhones.

Avocados aren’t as good as guacamole.

So many people are so desperate for love that they forget to take the time to love and learn themselves.

Lunch is the best meal of the day. 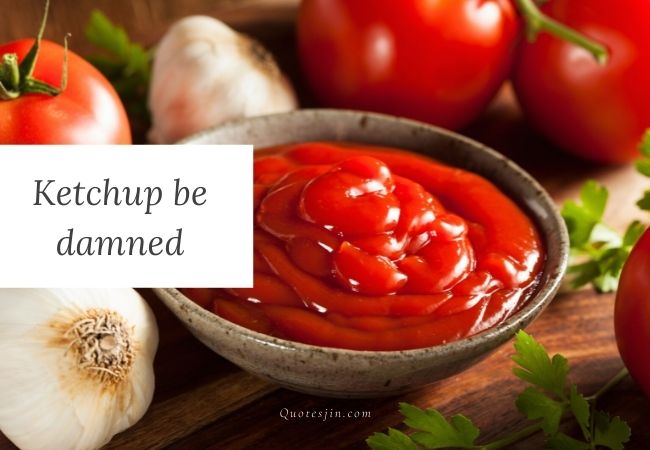 Cold weather is much better than warm weather.

Water is a lot better than most soft/sugary drinks.

People pay too much attention to other people’s business.

Love is not a choice.

Pickle juice is delicious, nutritious, and a treat for your mouth and body.

Dating apps aren’t a good foundation for a relationship.

Asking younger family members if they have a girlfriend/boyfriend yet is weird and rude.

You can have kids before you get married.

High school sweethearts stay together for the title: not because they truly want to.

Liver is beautiful, the most underrated food of all time.

Showering at night is better than showering in the morning.

Strawberries get more credit than they deserve. 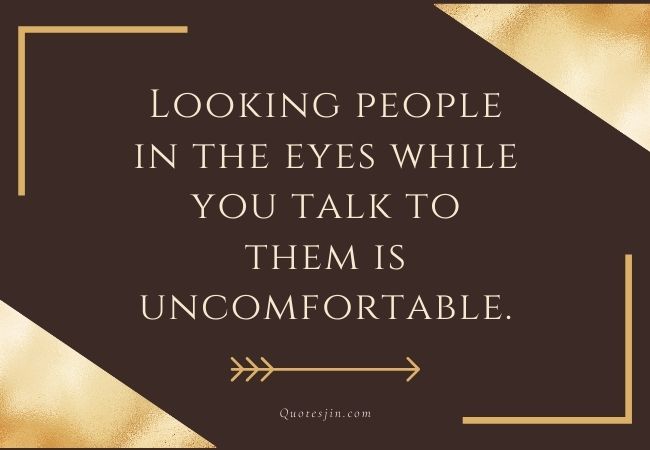 Looking people in the eyes while you talk to them is uncomfortable.

Tomatoes shouldn’t be considered a fruit.

People are cheap and want too much for too little money.

You don’t need a college degree to get a job.

Self-checkouts are way easier than going through the cashier.

Beyoncé is an overrated performer.

Concerts are a waste of money: just watch music videos.

The smell of coffee is better than the taste of coffee.

Buying stylish clothes for babies is a waste of money.

Milk does not build strong bones.

Hot dogs are better than hamburgers and cheeseburgers.

Going out on a date in a tracksuit isn’t disrespectful.

Just because I listen to emotional songs does not imply I am sad.

They started it as absolutely a good excuse.

The number one most dangerous distraction on the road is your cell phone!

Making the bed is a pointless chore.

Vegetables are better than fruit. 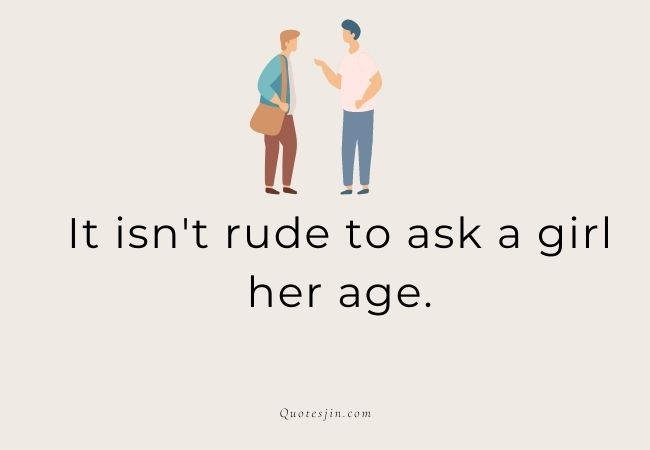 It isn’t rude to ask a girl her age.

If the frosting on your cupcake is taller than the cupcake itself, that’s too much frosting.

Almost everyone can enjoy reading, but schools destroy that capability fast.

You guys don’t really want to learn about taxes, you just want to complain about school.

Bikes are more comfortable than cars for traveling.

Bacon is very good but… like… stfu. It’s not THAT good. What’s up with the insane bacon mania???

If you can’t control your kid at a public place, then go home.

They should not have skin-colored emojis and just stuck with yellow.

Small parties are so much better than big parties.

I actually like trailers before a movie starts at the cinema.

Having plastic surgery will not make you fake.

I kinda enjoy getting mosquito bites.

A lot of people are mad that I don’t have a girlfriend.

Making the bed is a pointless chore and a waste of time.

America should forget their tipping culture and set a minimum wage for servers.

Putting a period at the end of a text message adds aggression.

If the goal of the relationship isn’t to eventually get married & be committed forever, then what’s the point? I don’t want it. 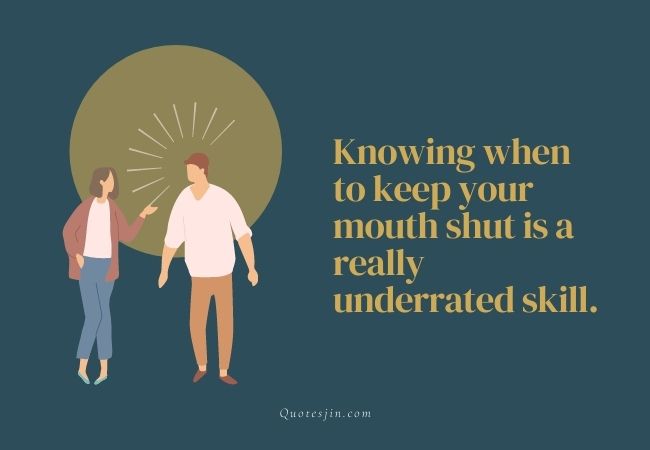 Knowing when to keep your mouth shut is a really underrated skill.

I enjoy getting my sleeves wet when I wash my hands.

People who restrict their pets from sitting/laying on their furniture shouldn’t have pets.

Money does buy happiness, and I’m tired of people saying it doesn’t.

A lot of ugly people are not actually ugly they just don’t take care of themselves properly.

Everyone doesn’t need to date.

All recipes should use metric measurements.

The letter ‘Q’ is unnecessary and has no reason to be in the English alphabet.

I don’t think we need to live in fear, but we do need to be careful.

Bragging about how little sleep you have in college is stupid.

Sleeping in jeans is nice.

What works in one relationship, won’t work for all. Learning new things with your partner is an important shared experience.

Barbecue Sauce is better than ketchup.

In my opinion, I think that I’m a more interesting person than you.

Planes are very nice to be on.

Stop motion is an underrated art, and it’s on the same level as music and drawing.

Popcorn is bad and overrated.

Covering your face in photos makes you cooler.

Showers need to be taken only when one feels dirty, and not twice daily because it is a norm.

People think that without studies, there might not be any life.

Laughing at your own jokes is 100% normal.

Don’t tell people when you and your significant other are fighting you forget everyone else will hold it against them.

Some people are just jealous because I’m more successful than they are.

Mashed Potato is the most disgusting thing ever invented.

Licking your fingers to handle paperwork is the most disgusting habit that isn’t called out.

You can never find true love. So, it is better to settle for average.

Cake is not that good.

The next generation should have it easier than the previous one.

Money comes first, everything next.

Getting presents is more stressful than it is worth.

It’s not worth your time arguing with people on the internet.

It should be mandatory to donate your organs after you die.

You won’t find true love. Better to settle for average.

American pancakes with bacon and maple syrup are better than English ones.

Self-acceptance is bs, self-improvement is key.

It should be compulsory for children/teens to learn basic cooking skills in school.

Marriage is a patriarchal tool that gaslights women into giving away their sexual agency and the right to take up their own space.

Jamie Oliver is the most irritating man on earth.

However good society teaches, it promotes something else.

Anything is better than going to the gym.

People who connect with you and then send a huge message that’s full of waffle and bollocks.

99% of online marketing advice only works if what you’re selling is marketing.

White people’s weddings are uniformly dull and monotonous in all facets.

Balls taste of better when dipped in salted caramel chocolate.

Open office environment is a breeding ground for germs.

Too many baby showers, not enough weddings.

When people call themselves an “Influencer” but their way of influencing is posting a few meaningless words a few times a week to inspire.

Fairytales have diluted what a real relationship looks like.

Getting married solves most of your problems.

I feel like every religion has the same God but they don’t know how to pronounce its name.

Your boyfriend should not stop you from finding your husband.

Earth is a flat disk.

Colleges shouldn’t force you to take classes irrelevant to your career path.

A lot of ppl think it’s cool to be around 24/7 but that’s unhealthy. Ppl need their space.

Wild animals have the right to maul humans if they’re in their environment.

People who have not yet had to live in the real world, working a real job and paying for their way, dictating to others on how they should live their life.

Reality Stars are not stars. So why do people claim they are? and why are they doing so well financially considering they’ve offered the community nothing as well as being not being talented?

In conclusion, it is important to remember that there are always two sides to every story. We should be careful about making assumptions. Unpopular opinions are not always wrong, they are sometimes right. It’s us that needs to be more accepting of other people’s beliefs and opinions in order for things really change in this world.

3 thoughts on “170 Unpopular Opinions That Are Really Crazy”