Reading these success quotes helps you to achieve your goals. Success is a subjective term often used to describe the accomplishment of one’s goals. The term is often used as a synonym for happiness, as success is a goal that can be attained by anyone.

Here are some of my favorite quotes about success. I hope they inspire you to pursue your dreams. 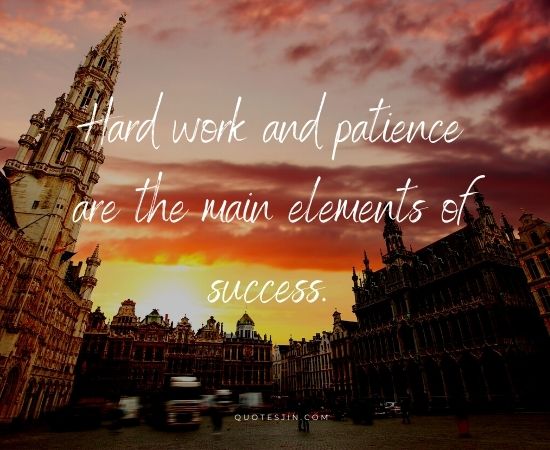 Hard work and patience are the main elements of success. 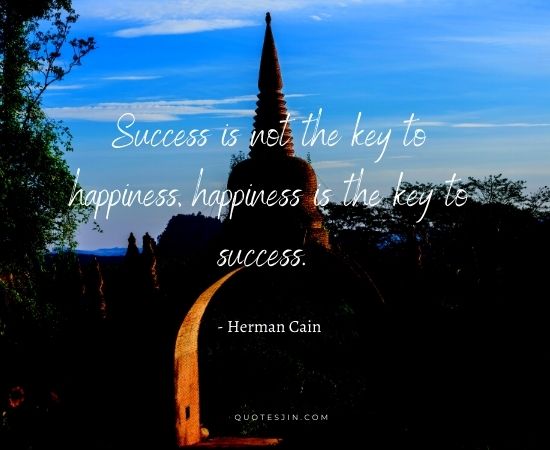 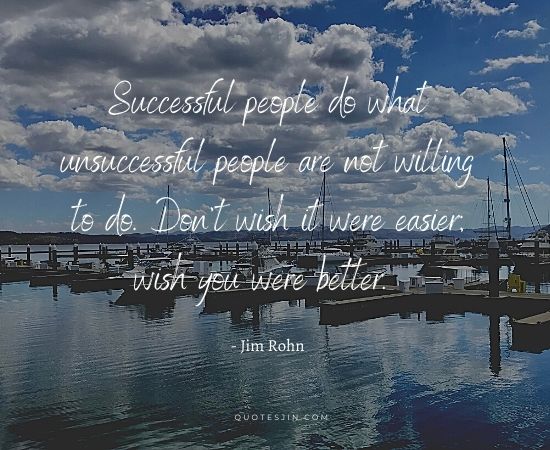 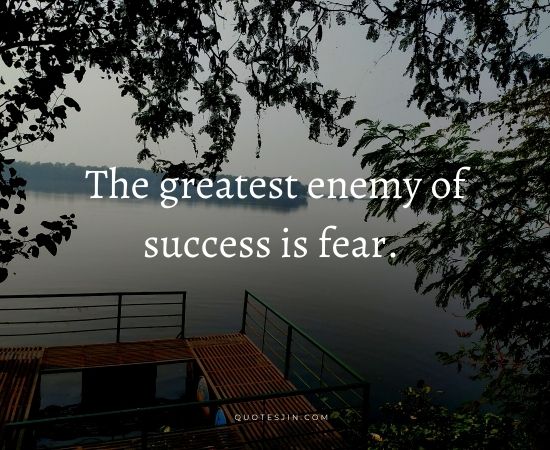 The greatest enemy of success is fear. 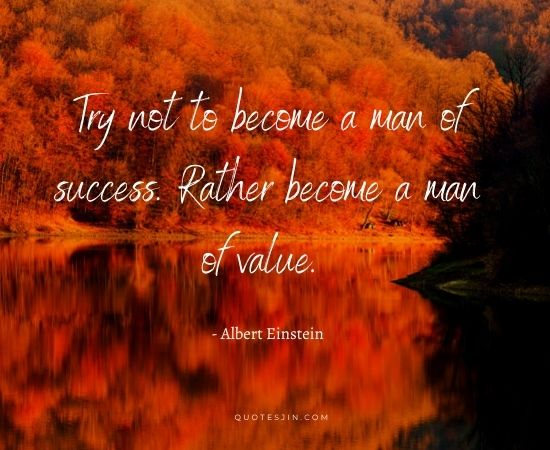 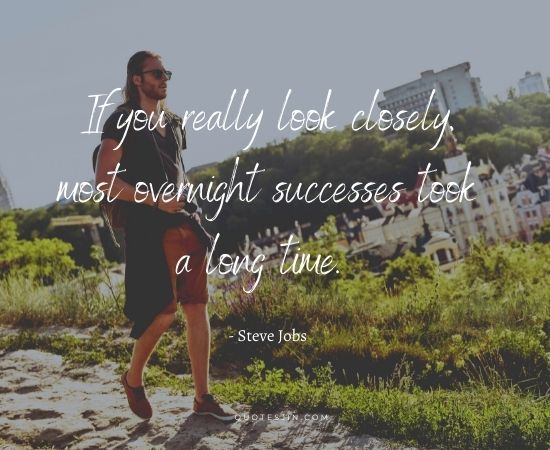 If you want to be successful, find out what the price is and then pay it. – Scott Adam 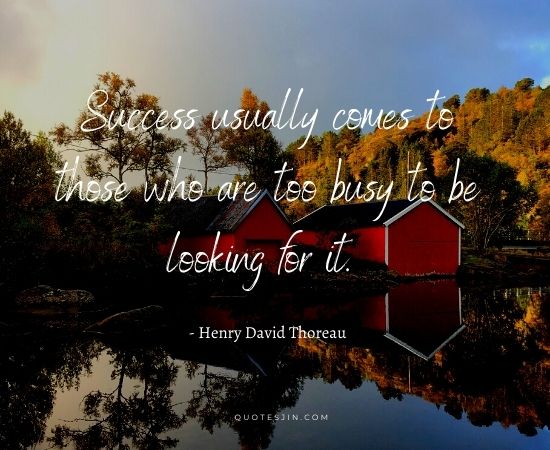 Success usually comes to those who are too busy to be looking for it. – Henry David Thoreau 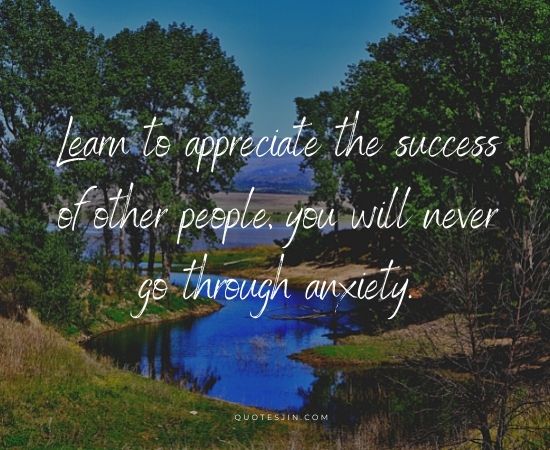 Learn to appreciate the success of other people, you will never go through anxiety. 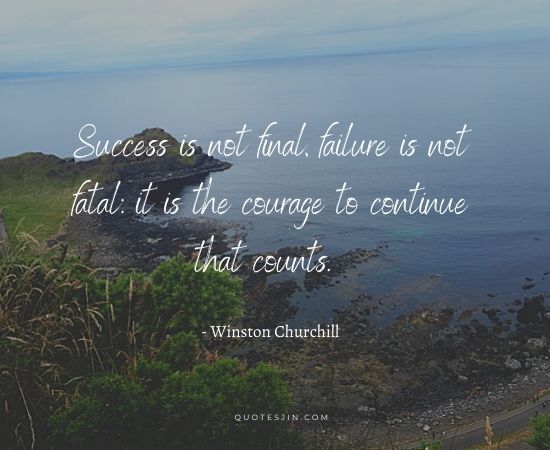 Success is not final, failure is not fatal: it is the courage to continue that counts. – Winston Churchill 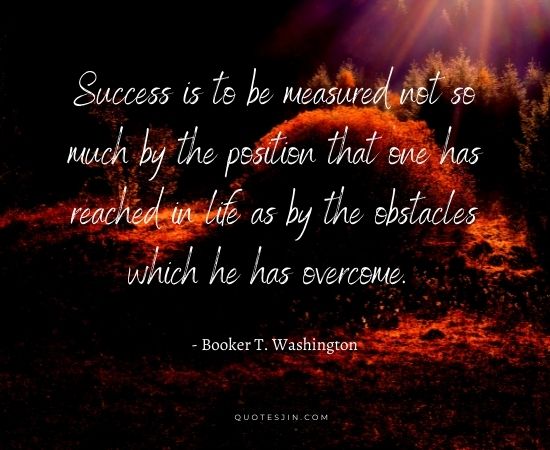 Success is to be measured not so much by the position that one has reached in life as by the obstacles which he has overcome. – Booker T. Washington 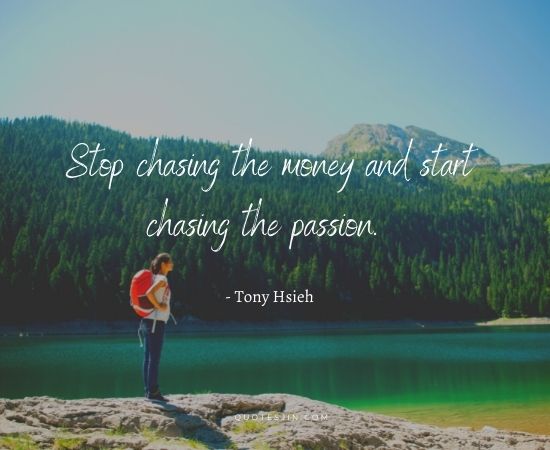 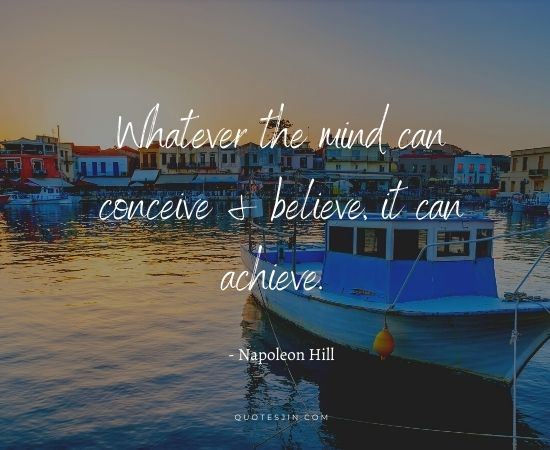 Whatever the mind can conceive & believe, it can achieve. – Napoleon Hill 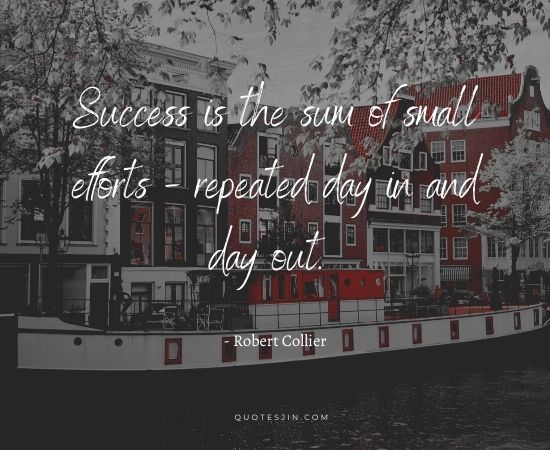 Success is the sum of small efforts – repeated day in and day out. – Robert Collier 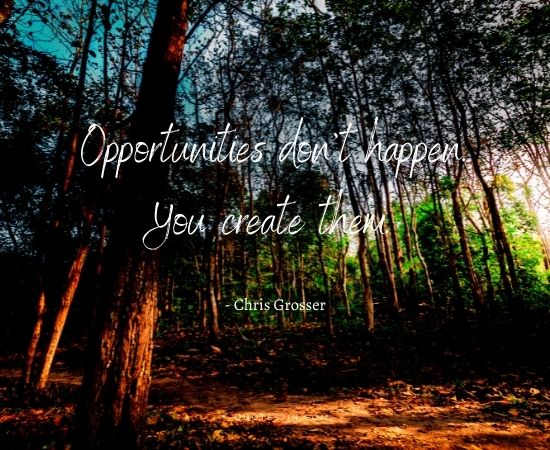 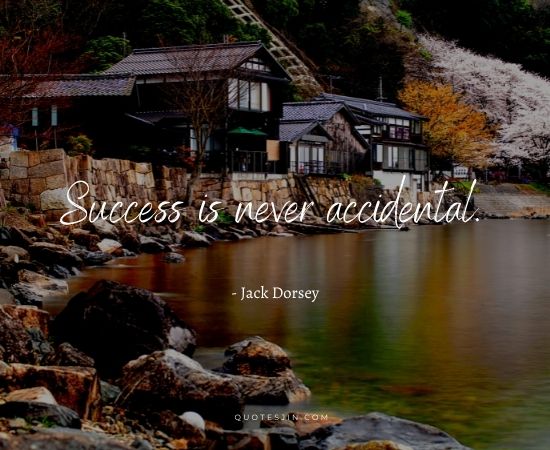 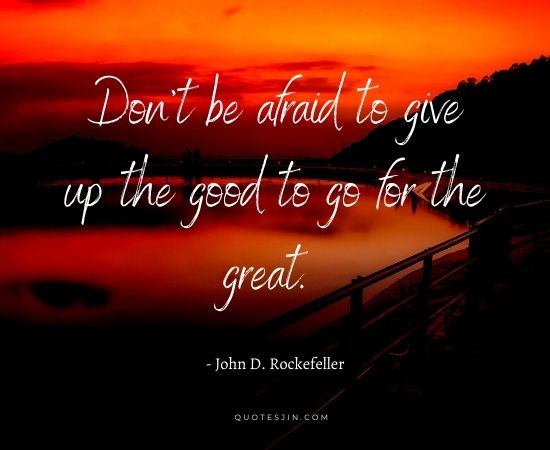 Don’t be afraid to give up the good to go for the great. – John D. Rockefeller 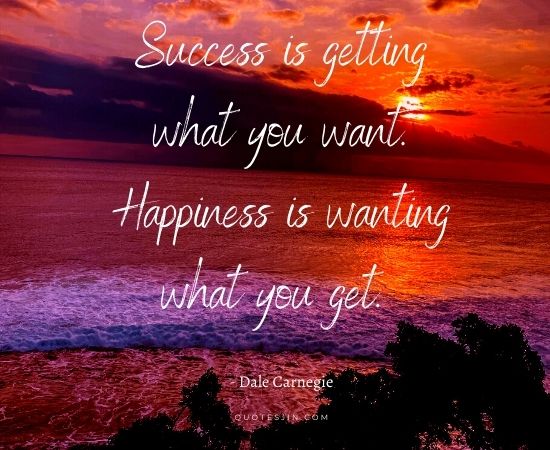 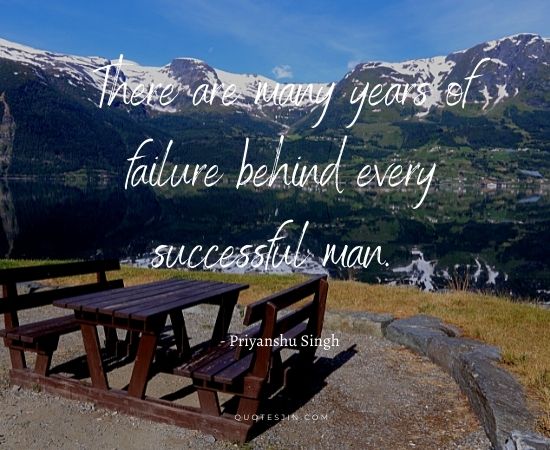 There are many years of failure behind every successful man. – Priyanshu Singh

To live a creative life, we must lose our fear of being wrong. – Unknown 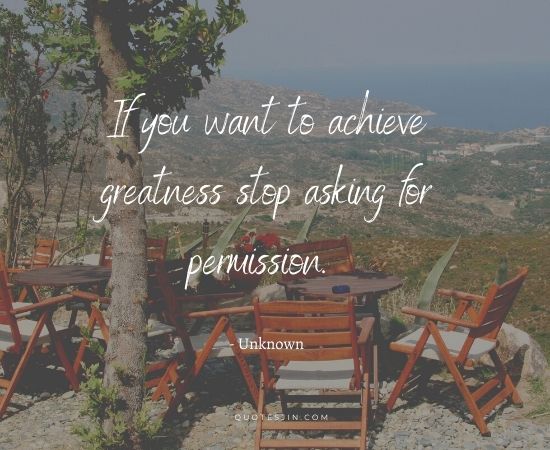 If you want to achieve greatness stop asking for permission.

Self-trust is the first secret of success. – Karoline Herfurth

Trust because you are willing to accept the risk, not because it’s safe or certain.

When the water starts boiling it is foolish to turn off the heat. – Nelson Mandela

It’s hard to beat a person who never gives up. – Babe Ruth

The true success is the person who invented himself. – Al Goldstein

It is better to fail in originality than to succeed in imitation. – Herman Melville

All our dreams can come true if we have the courage to pursue them. – Walt Disney 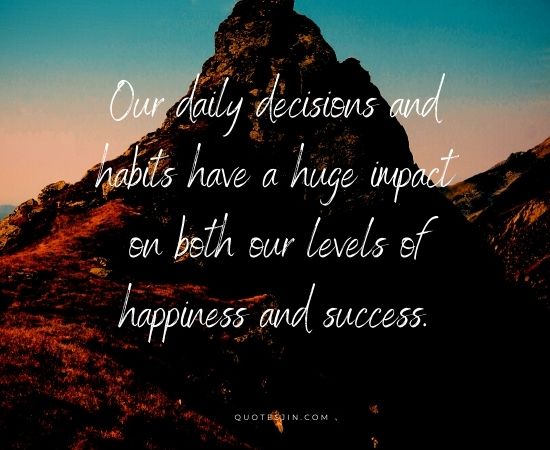 Our daily decisions and habits have a huge impact on both our levels of happiness and success.

That is why enemies can be great motivators. They serve as fuel for your fire. – Simon Zingerman

If people are doubting how far you can go, go so far that you can’t hear them anymore. – Michele Ruiz

Success is not how high you have climbed, but how you make a positive difference to the world. – Roy T. Bennett

Success is loving life and daring to live it. – Maya Angelou

No man succeeds without a good woman behind him. Wife or mother, if it is both, he is twice blessed indeed. – Godfrey Winn

Create in you the power of self-confidence and self-determination to think and to create the life you love and the success you want.

Success is the accomplishment of that which most people think can’t be done. – C. V. White 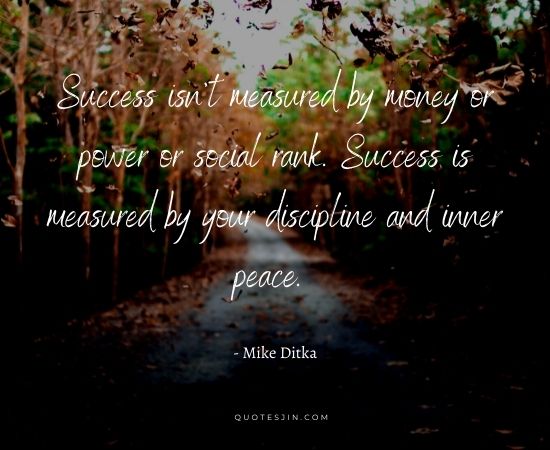 Success isn’t measured by money or power or social rank. Success is measured by your discipline and inner peace. – Mike Ditka

You don’t have to be a genius or a visionary or even a college graduate to be successful. You just need a framework and a dream. – Michael Dell

Success is no accident. It is hard work, perseverance, learning, studying, sacrifice, and most of all, love of what you are doing or learning to do. – Pele

Success is not in what you have, but who you are. – Bo Bennett

Never give in except to convictions of honor and good sense. – Winston Churchill

The world as we have created it is a process of our thinking. It cannot be changed without changing our thinking. – Albert Einstein

Success is liking yourself, liking what you do, and liking how you do it. – Maya Angelou 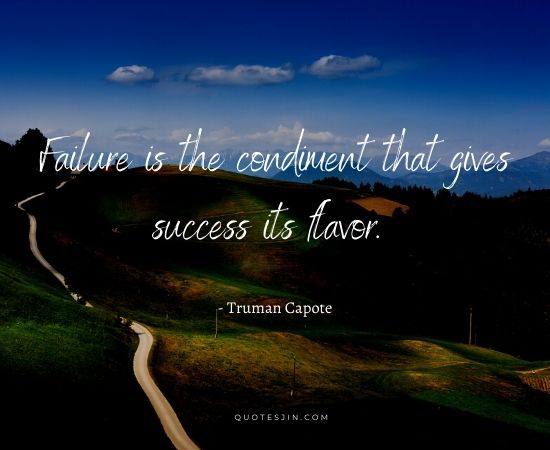 Failure is the condiment that gives success its flavor. – Truman Capote

Strive not to be a success, but rather to be of value. – Albert Einstein

Have no fear of perfection – you’ll never reach it. – Salvador Dali

A minute’s success pays the failure of years. – Robert Browning

Success is walking from failure to failure with no loss of enthusiasm. – Winston Churchill

I owe my success to having listened respectfully to the very best advice, and then going away and doing the exact opposite. – (Health Guide)

Desire is the key to motivation, but it’s determination and commitment to an unrelenting pursuit of your goal – a commitment to excellence – that will enable you to attain the success you seek. – Mario Andretti

Success is sweet and sweeter if long delayed and gotten through many struggles and defeats. – Amos Bronson Alcott

Many of life’s failures are people who did not realize how close they were to success when they gave up. – Thomas Edison

Success is dependent on effort. – Sophocles

Look deep into nature, and then you will understand everything better. – Albert Einstein

Success is how high you bounce when you hit bottom. – George S. Patton

It’s failure that gives you the proper perspective on success. – Ellen DeGeneres

The people who succeed are irrationally passionate about something. – Naval Ravikant

Before you begin scrambling up the ladder of success, make sure that it is leaning against the right building.

Find somebody to be successful for. Raise their hopes. Think of their needs. – Barack Obama

The worst part of success is trying to find someone who is happy for you. – Bette Midler

Just when the caterpillar thought the world was ending, he turned into a butterfly. – Proverb

If you are not willing to risk the usual, you will have to settle for the ordinary. – Jim Rohn

The price of success is hard work, dedication to the job at hand, and the determination that whether we win or lose, we have applied the best of ourselves to the task at hand. – Vince Lombardi

Successful entrepreneurs are givers and not takers of positive energy. – Unknown

Win in silence, let them think you loosing, then shock them with success.

I never dreamed about success, I worked for it. – Priyanshu Singh

The secret of success is constancy to purpose. – Benjamin Disraeli

One can have no smaller or greater mastery than mastery of oneself. – Leonardo da Vinci

Do one thing every day that scares you.

The secret to success is doing the stuff other people won’t do & doing it for a really long time. – John Jantsch

Read More: Quote of the Day

The master has failed more times than the beginner has even tried. – Stephen McCranie

The key ingredient to any kind of happiness or success is to never give less than your best. – Russell Simmons

If you don’t value your time, neither will others. Stop giving away your time and talents–start charging for it. – Kim Garst

Don’t spend time beating on a wall, hoping to transform it into a door. – Coco Chanel

The talent of success is nothing more than doing what you can do, well. – Henry W. Longfellow

Don’t let the fear of losing be greater than the excitement of winning. – Robert Kiyosaki

The secret of success is to be in harmony with existence, to be always calm to let each wave of life wash us a little farther up the shore. – Cyril Connolly

A successful man is one who can lay a firm foundation with the bricks others have thrown at him. – David Brinkley

If A is a success in life, then A equals x plus y plus z. Work is x; y is playing, and z is keeping your mouth shut. – Albert Einstein

Living our life deeply and with happiness, having time to care for our loved ones – this is another kind of success, another kind of power, and it is much more important. – Thich Nhat Hanh

Failure is success if we learn from it. – Malcolm Forbes

Success is simply a matter of luck. Ask any failure. – Earl Wilson

Success consists of getting up just one more time than you fall. – Oliver Goldsmith

No one can make you feel inferior without your consent. – Eleanor Roosevelt

I do not pray for success, I ask for faithfulness. – Mother Teresa

The way to get started is to quit talking and begin doing. – Walt Disney

The successful warrior is the average man, with laser-like focus. – Bruce Lee

Some people dream of success while others wake up and work. – Unknown

Have no fear of perfection – you’ll never reach it. – Salvador Dali

Success is my only option, failure’s not. – Eminem

I failed my way to success. – Thomas Edison

Sometimes it takes a good fall to really know where you stand. – Hayley Williams

The secret to success is to know something nobody else knows. – Aristotle Onassis

There are no gains without pains. – Benjamin Franklin

The only place where success comes before work is in the dictionary. – Vidal Sassoon

The distance between insanity and genius is measured only by success. – Bruce Feirstein

That some achieve great success, is proof to all that others can achieve it as well. – Abraham Lincoln

All you need in this life is ignorance and confidence; then success is sure. – Mark Twain

What seems to us as bitter trials are often blessings in disguise. – Oscar Wilde

Success is not the key to happiness. Happiness is the key to success. If you love what you are doing, you will be successful. – Albert Schweitzer

People often say that motivation doesn’t last. Well, neither does bathing–that’s why we recommend it daily. – Zig Ziglar

Always be yourself, express yourself, have faith in yourself, do not go out and look for a successful personality and duplicate it. – Bruce Lee

Those who have succeeded at anything and don’t mention luck are kidding themselves. – Larry King

Ambition is the path to success. Persistence is the vehicle you arrive in. – Bill Bradley

Success is full of promise till one gets it, and then it seems like a nest from which the bird has flown. – Henry Ward Beecher

Success means having the courage, determination, and the will to become the person you believe you were meant to be. – George Sheehan

Happiness is a butterfly, which when pursued, is always beyond your grasp, but which, if you will sit down quietly, may alight upon you. – Nathaniel Hawthorne

It had long since come to my attention that people of accomplishment rarely sat back and let things happen to them. They went out and happened to things. – Elinor Smith

Keep ongoing, and the chances are that you will stumble on something, perhaps when you are least expecting it. I never heard of anyone ever stumbling on something sitting down. – Charles F. Kettering